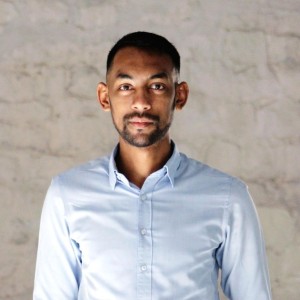 According to Statistics Mauritius, Internet usage grew massively over the past few years. Yet, it may be that only a specific gender is getting easy access.

While the number of internet users is increasing in Mauritius, it is more difficult for a new Internet Service Provider (ISP) to establish itself on the island.

To date, and according to the Ministry of Technology, Communication and Innovation (MTCI), there are 16 companies offering internet services in Mauritius.

But, you would recognise those who are active in advertising their services, namely, Mauritius Telecom, Emtel and Mahanagar Telephone (Mauritius) LTD aka MTML.

Internet penetration in Mauritius is at 35.5% according to the World Bank. This results from investments made in the infrastructures, even though there is still room for improvement.

Internet is now a commodity in Mauritian households. Various reasons led to this situation. Among which are:

Internet Subscription – A balance between mobile and fixed lines.

Internet led to the digitalisation of various operations in local establishments. Information, Communication and Technology (ICT) is helping organisations and companies, at different levels, provide value through their products & services.

According to the Survey of Employment and Earnings in large establishments, March 2016 and 2017, Secondary and Tertiary sectors were the biggest internet consumers.

Another interesting fact is the growth in orders received and placed over the internet. This is an indication that e-commerce is developing in Mauritius.

What about the workforce?

The internet is now the backbone of most businesses in Mauritius. This surge in internet usage requires a skilled workforce. However, this is still “an almost 100%” men’s world, with female workforce only at 7,602 in 2017.

With an increasing number of connections and the widespread of new technologies, the internet can be considered as the backbone to progress and connectivity.

However, progress is still to be made to decrease the generation gap and facilitate adoption. The disbalance in economic sectors is an indication of how digitally advanced we are as a nation.

And, we can clearly see that primary sectors such as agriculture and fishing are still to use the internet as a tool for development. The disbalance in sectors is real when we have a look at the progress made in tertiary sectors.

Making them (your customers) eagerly wait for your next content

Are you leaving a space for your competitors to grab your customers? Here are few strategies you could use to avoid this. Read more.

How are Mauritians moving during lockdown? (Wave 2)